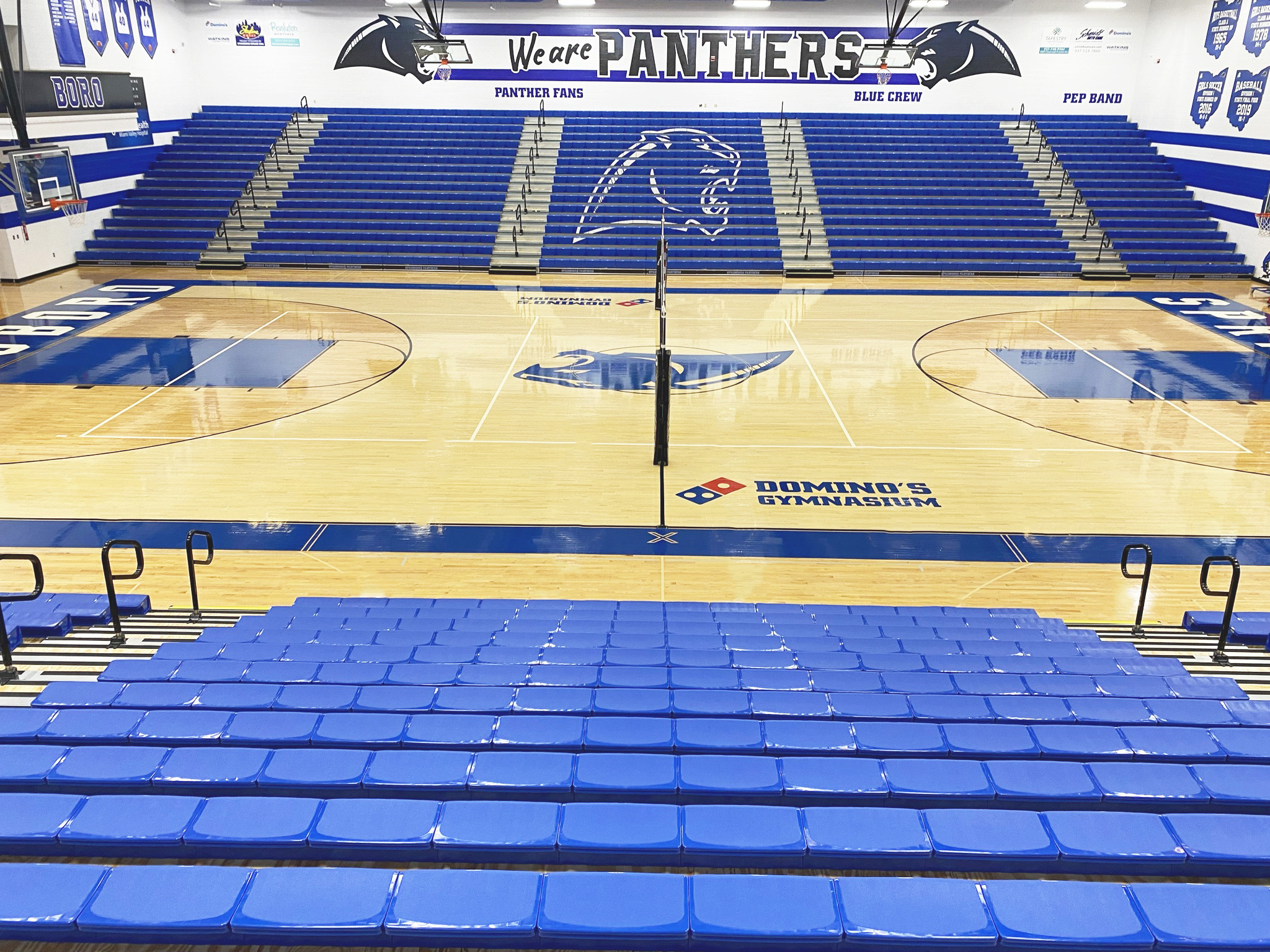 Springboro High School’s basketball teams didn’t have a distinct home-court advantage last year. In 2020, the boy’s team went 0-4 at home and 7-8 on neutral sites. Their team and their fans needed a boost. In the summer of 2021, they received it as they invested in renovations to their gymnasium, including bleachers from Farnham Equipment Company (FEC).

Farnham Equipment Company installed their existing all-wood bleachers in the original facility back in 1998, and thanks to a strong reference from the owners at Lakota East High School, FEC was awarded the project. Lakota East commented on the branding and logo capabilities FEC provided which played a major role in FEC being awarded the project.

With the new bleacher renovation came two banks of Maxam telescopic bleachers from Hussey Seating Company. Both were 17 tiers, with a net of 2,200 spectator seats. Flex-row ADA wheelchair spaces and auto-rotating aisle rails were provided, but the combination of the optional custom “Xtreme Logo” and custom “CourtSigns” set this facility over the top. The Springboro High School “Panther” logo is visible in the center of both banks of bleachers, with the phrase “Springboro Panthers” displayed on the skirt boards of the bleachers. Included in the new gymnasium are portable Maxam1 bleachers, for what is called “end zone” seating.

Springboro schools benefited from FEC in two distinct ways through this project. First, they received a distinct home-court advantage for their upcoming basketball season with a renovated gymnasium. Secondly, Springboro benefited from the Service Department of FEC by relocating and removing their existing bleachers to make way for brand-new “Maxam Xtreme Logo” branded bleachers.

The full project gallery of Springboro High School’s Xtreme Logo Bleachers can be seen below.