Not long ago, we were invited to a facility for a Gym Safety Session. There were approximately 12 people in attendance, many understood why they were invited to attend and some had obvious frustration that their attendance was required, they operate the equipment on a regular basis after all, so why should they attend?

This is a large facility, multiple gymnasiums, two large bleacher banks that were installed 20+ years ago along with extensive athletic equipment including divider curtains, basketball back stops, batting cages, and more. With a facility this large and many coaches passing through, there are a lot of hands on the equipment. They recently had repairs completed on both the bleachers and the divider curtains, spurring the Gym Safety Session to ensure their equipment would continue to operate properly post-repairs.

Again, why should everyone attend? Even if they already know how to operate the equipment?

Every once in a while, with that many hands on deck, it’s good to get everyone back on the same page.

It can seem simple, plug in the pendant controller and push the button….open the panel box and flip the switch. But if you don’t know what you’re looking for during operation, there are hazards and possible equipment damage. It’s good for everyone operating equipment to have a baseline of understanding on operation and troubleshooting.

During our session, we did a crash course on proper operation, including trouble shooting and walking under the bleachers. We reviewed best practices for the facility and who should actually be operating the bleachers.

One of the options on this particular set of bleachers is to short set them, closing the first three rows of a section for scorer tables and allowing for more room on the court for team seating. When a section is short set, the increased height of the first row is now +/- 4ft. and requires a guardrail to be placed in front of it for safety and code compliance.

Staff members shared their concern regarding sight lines when the guardrail is in place and inquired about cutting down the guardrail so it would still be there, but it would be shorter, allowing their patrons to have better sight lines.

It’s important to note that the guardrails were designed and installed by the manufacturer to meet code compliance at the time of installation to keep people from stepping off of the front of the bleachers when the first three rows are closed in that area, preventing a fall hazard. Thus, altering the height of the guardrail would go against manufacturer’s design and recommendation. Often doing so, would also void any warranties on the equipment and would place all liability on the facility, not the manufacturer.

They were very wise at this facility to bring up the question while we were there. Ultimately, you don’t know what you don’t know so asking an expert when it comes to modifying a component on your bleacher is always a good idea.

More information regarding code requirements for guards can be found in Chapter 4 of the ICC-300, remember Ohio currently follows ICC-300 2012 as of November 2017. Otherwise, the most recent published version of the ICC-300 is 2017.

We took a similar approach with athletic equipment, reviewing proper operation and best practices while answering additional questions. The main panel of operation in the main gymnasium was non-momentary switches that do not require a key for operation. The switches are housed in a panel box, but as of that day, the panel box remained unlocked, allowing easy access to the equipment switches.

The gym is typically locked so access isn’t always as feasible, but what about when the gymnasium is full of people? Anyone can open the panel and flip the switch and operate the equipment. Should this happen with someone that didn’t know what they were doing, they wouldn’t know when to stop, especially if the limit switch was faulty. The end result would be damage not only to the equipment such as a backstop or gym divider curtain, but to the structural components of the building’s roof. There is also the potential hazard of a falling piece of equipment and having it come down on spectators.

Since our Safety Session, the facility has agreed to keep the panel locked to reduce unauthorized access to the non-momentary switches.

Every once in a while, with that many hands on deck, it’s good to get everyone back on the same page.

More and more facilities are posting signage in their gymnasiums warning patrons not to stand on the bleachers (seats) and that bleachers must be in full open position before use. Some facilities go so far as having written directions for operation, including remove pendant controller after bleacher is located and operator is responsible for the safety of individuals on, around, and below bleachers.

It’s not a bad idea to have a set of rules for operation including, but not limited to: 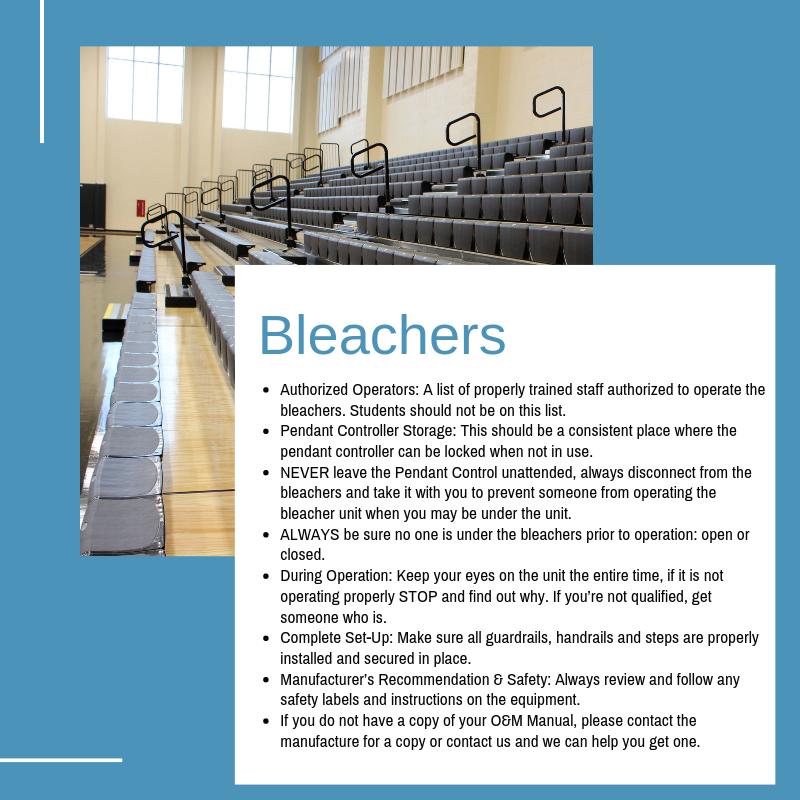 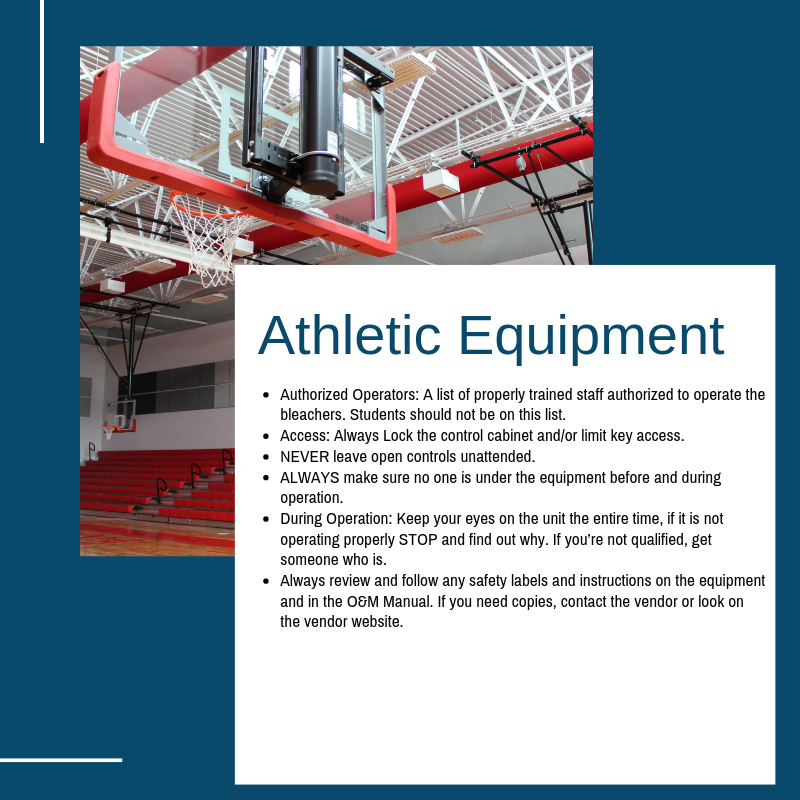 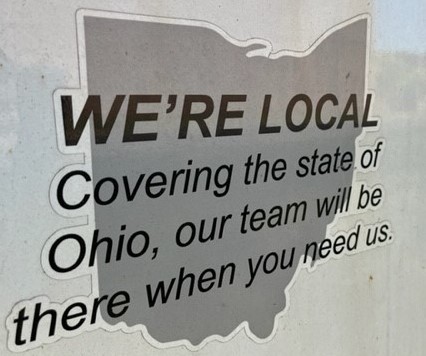 Where Does FEC Provide Service and Maintenance?

Local and Available In The State of Ohio The Farnham Equipment Company’s (FEC) in-house team of service technicians is available to customers for inspections, service, maintenance, and repairs throughout the entire State of Ohio (and Read more… 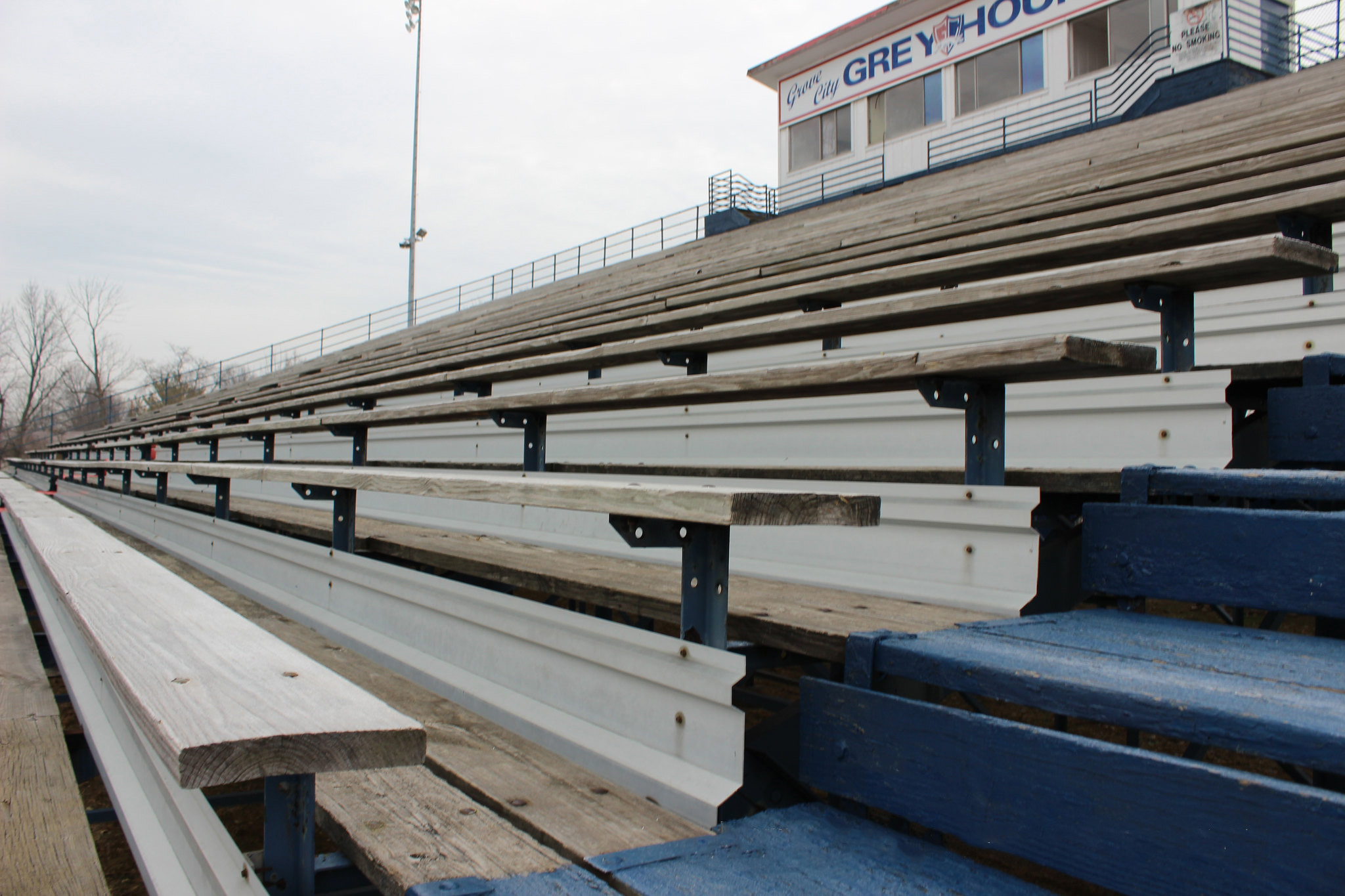 Scope of Services: What All Does FEC Provide? 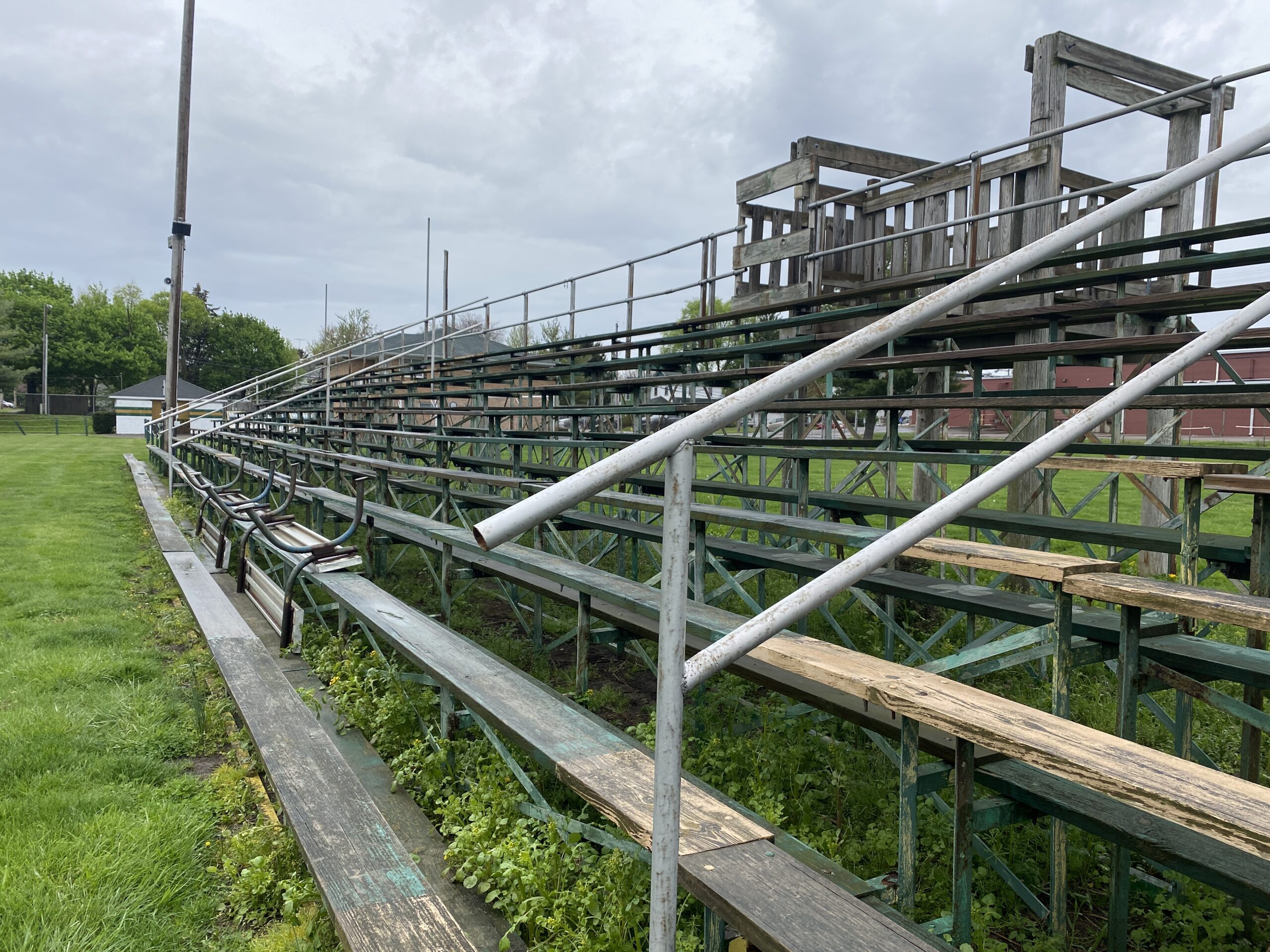 The Role of the FEC Inspection App and Service Technicians

The Farnham Equipment Company (FEC) Inspection App is a forward-thinking tool that was developed by our In-House Service Department Team. This app is designed to allow customers high visibility and an ongoing record of preventative Read more…