All Capital Projects must advertise to the public, collecting bids on the work that will be done in the school district. Bay Village City School District used the new state approved “Design Build” process to procure the auditorium’s new seating as they felt this process would save them money while getting them the seating they wanted. Design Build Proposals were submitted and the district choose FEC and the Quattro Auditorium Chair.

When discussing the district’s concerns for the project, they wanted to maintain the number of current seats as well as “give the place an updated and modern look.” Quattro by Design Classic Series fit the bill with a designer die cast aluminum stanchion with no end panel giving Bay High School their updated look with 826 total seats including 9 ADA wheelchair locations. Additionally, the district went with a taller/high back, adding more comfort to each chair. 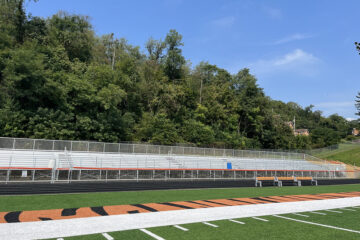 Shadyside Local Schools, nestled along the Ohio River in Belmont County, boasts great pride in its football team. Their existing Fleming Field grandstands were showing their age and the possibility of risk and injury to Read more… 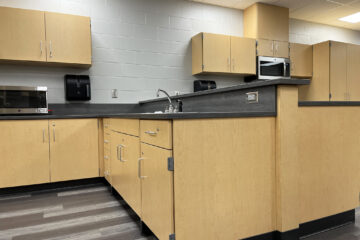 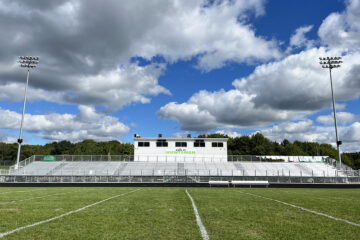 The Huntington Huntsmen are proud to play athletic events at Myrl Shoemaker Stadium in Chillicothe, Ohio. Due to years of wear and tear, the existing stadium home grandstand had begun to show its age.  The Read more…